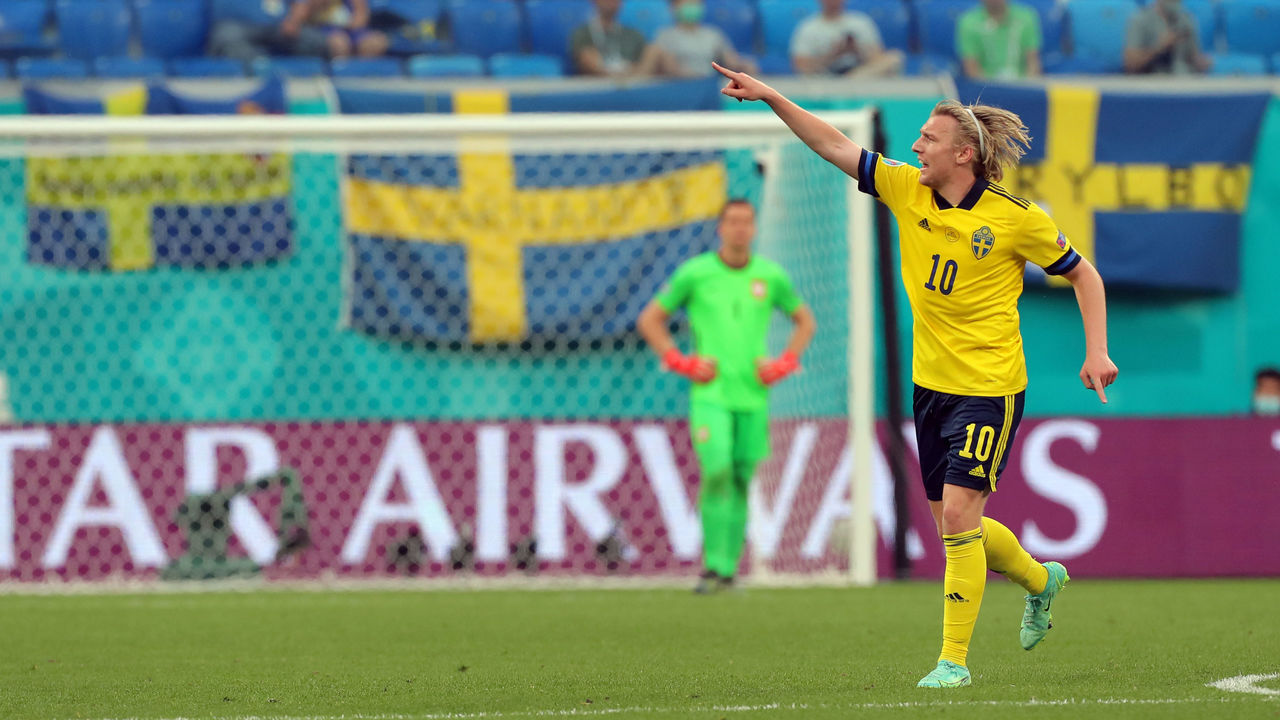 Spain finished second behind Sweden in Group E and qualified for the knockout rounds at Euro 2020 following Wednesday’s 5-0 win over Slovakia.

Martin Dubravka’s ghastly goalkeeping mishap kicked off a resounding victory for Luis Enrique’s side in Seville. The result also confirmed Slovakia’s elimination from the tournament as one of the two worst third-place finishers.

Robert Lewandowski’s Poland will join Slovakia in the departure lounge after finishing its tournament rooted to the bottom of Group E. The Poles were two goals down to Sweden until Lewandowski scored twice in the final half hour, but Sweden netted late on for a 3-2 win in Saint Petersburg.

Spain entered its clash with Slovakia needing a response after two disappointing draws. La Roja’s poor run looked set to continue when Dubravka saved Alvaro Morata’s penalty, but the goalkeeper went from hero to villain when he inexcusably slapped the ball into his own net.

It was a procession from there on out. Aymeric Laporte looped a header over Dubravka at the end of the first half, Pablo Sarabia converted from six yards, Ferran Torres notched a stunning backheel with his first touch off the bench, and – to further compound Slovakia’s misery – Juraj Kucka’s own goal rounded off the scoring.

Elsewhere, Emil Forsberg tightened Sweden’s grip on the top spot with an opener after 81 seconds – the second-fastest goal in European Championship history – and a slick finish after Dejan Kulusevski’s powerful run.

But Sweden let it slip. Lewandowski incredibly hit the crossbar twice within two seconds in the first half but made amends when he planted a beautiful strike into the top corner and tapped home after uncharacteristically poor defending from the Swedes. The 2-2 scoreline briefly dropped Sweden into second place and lifted Spain to first.

Poland pushed for a winning goal that would’ve taken it into the knockout rounds as one of the best fourth-place finishers, but its hopes were quashed when Viktor Claesson scored in the 94th minute after another Kulusevski assist.

Spain will take on Croatia in the round of 16 on Monday, while Sweden faces one of the third-place teams.

What's next for Ronaldo? 5 possible transfer options for Juventus star 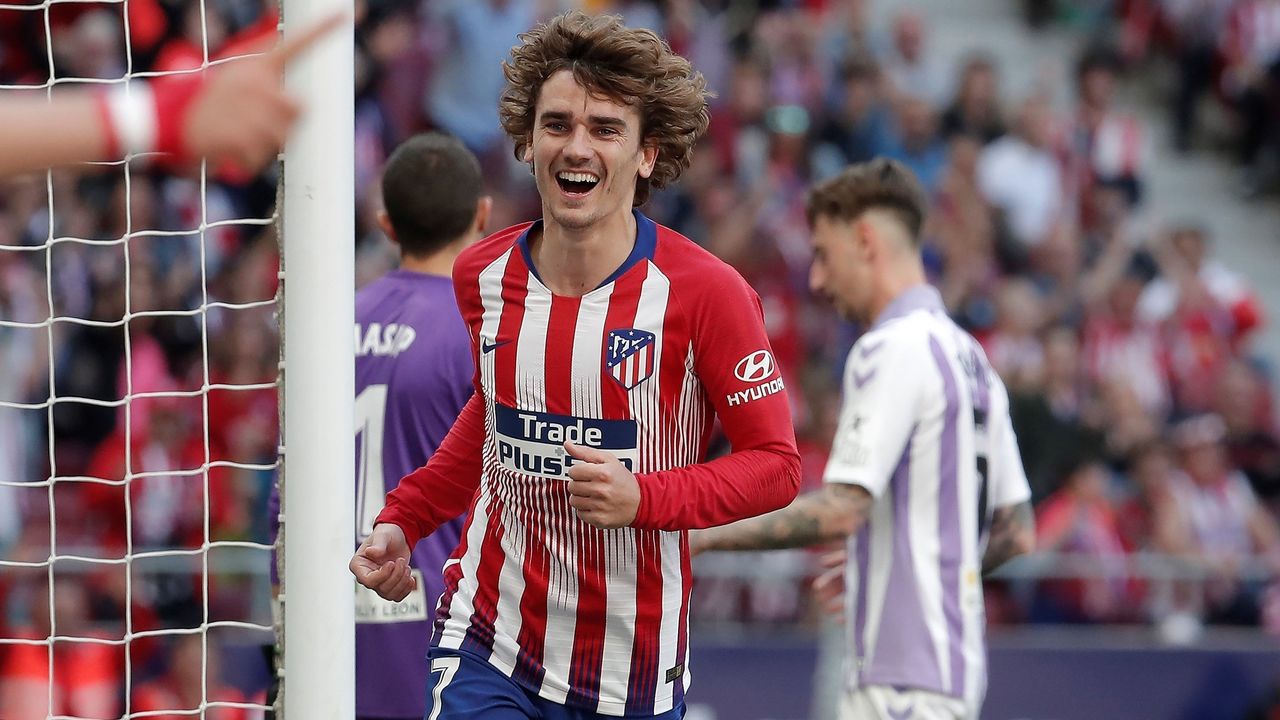 Antoine Griezmann is set to begin a new chapter at Atletico Madrid.

Barcelona and Atletico reached an agreement shortly before Tuesday’s transfer deadline that sends the French forward back to the Spanish capital on loan for the upcoming season, according to Fabrizio Romano of The Guardian.

The deal apparently includes a buy option worth €40 million to make the move permanent next summer.

Griezmann reportedly agreed to a two-year contract, with an option to extend the deal an additional year, Romano adds.

The La Liga rivals reportedly initially discussed a swap deal for Griezmann and Atletico Madrid forward Joao Felix. Barcelona failed in their attempt to sign Felix on loan Monday before returning with a new offer involving Griezmann, who enjoyed a successful five-year spell with the Madrid club before moving to the Catalan capital in 2019.

Barcelona spent €120 million to sign Griezmann, but the club shopped him around this summer. Earlier talks with Atletico reportedly broke down over a potential swap deal involving the French forward and midfielder Saul Niguez, according to ESPN’s Sam Marsden and Moises Llorens. Atletico reportedly loaned the Spaniard to Chelsea for €5 million instead.

The 30-year-old Griezmann scored 133 times in 257 appearances at Atletico. 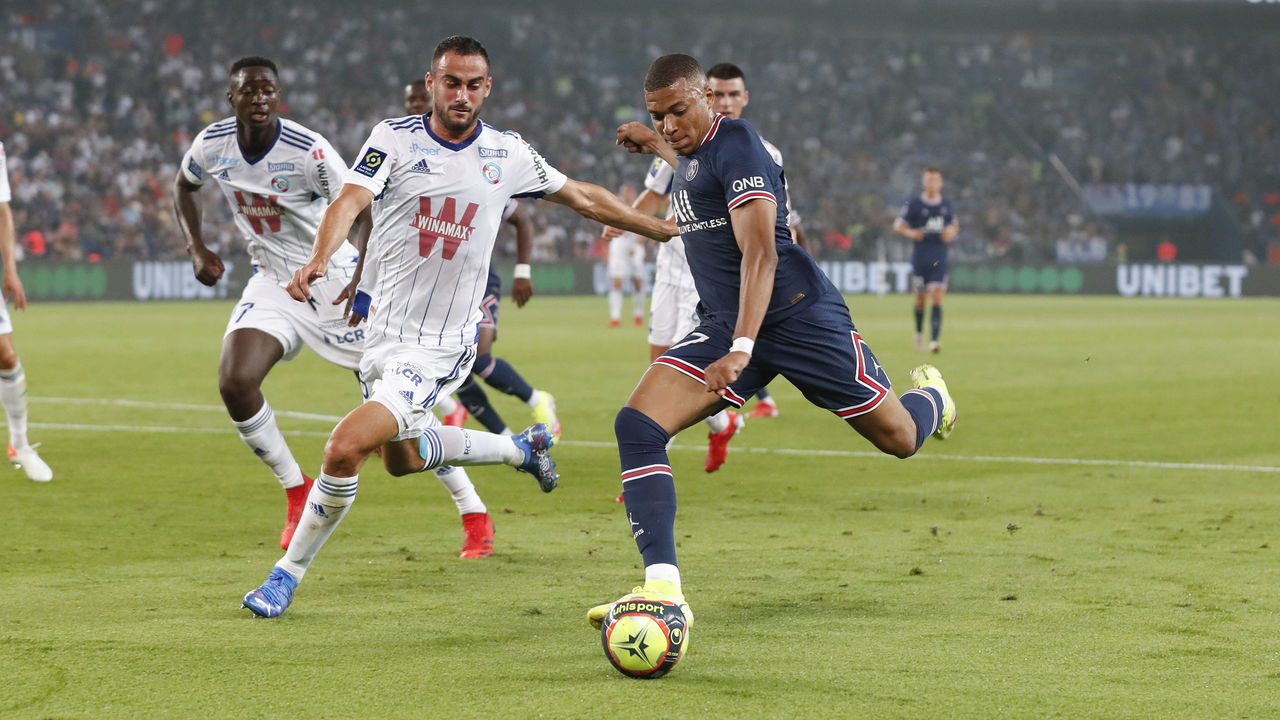 Real Madrid have returned with an improved €180-million bid for Kylian Mbappe after their initial €160-million approach was turned down by Paris Saint-Germain, sources told ESPN’s Alex Kirkland and Rodrigo Faez.

The second offer consists of a guaranteed €170-million fee with a further €10 million in add-ons that are apparently “easily achievable.”

Real Madrid reportedly appreciate that negotiating such an expensive deal late in the summer window will be difficult but remain hopeful of completing a transfer before Tuesday’s deadline.

“It’s less than what we paid for him in 2017,” Leonardo complained.

Though Los Blancos’ latest offer would cover the €180-million sum that PSG are committed to paying AS Monaco for Mbappe’s move to Paris four years ago, sources told Kirkland and Faez that PSG are likely to reject the bid as they want closer to €220 million for the 22-year-old forward.

Neymar’s transfer to Paris Saint-Germain from Barcelona in 2017 remains the most expensive in the sport’s history at €222 million.

Earlier this month, Al-Khelaifi described PSG as the most competitive force in world football and said Mbappe has “no reason to do anything else (other than stay).” The club chief was speaking at Lionel Messi’s official introduction as a PSG player.

Mbappe is the final year of his PSG contract and has scored 133 goals over 174 outings for the club, scooping up three Ligue 1 titles, three Coupe de Frances, and other domestic silverware in the process. 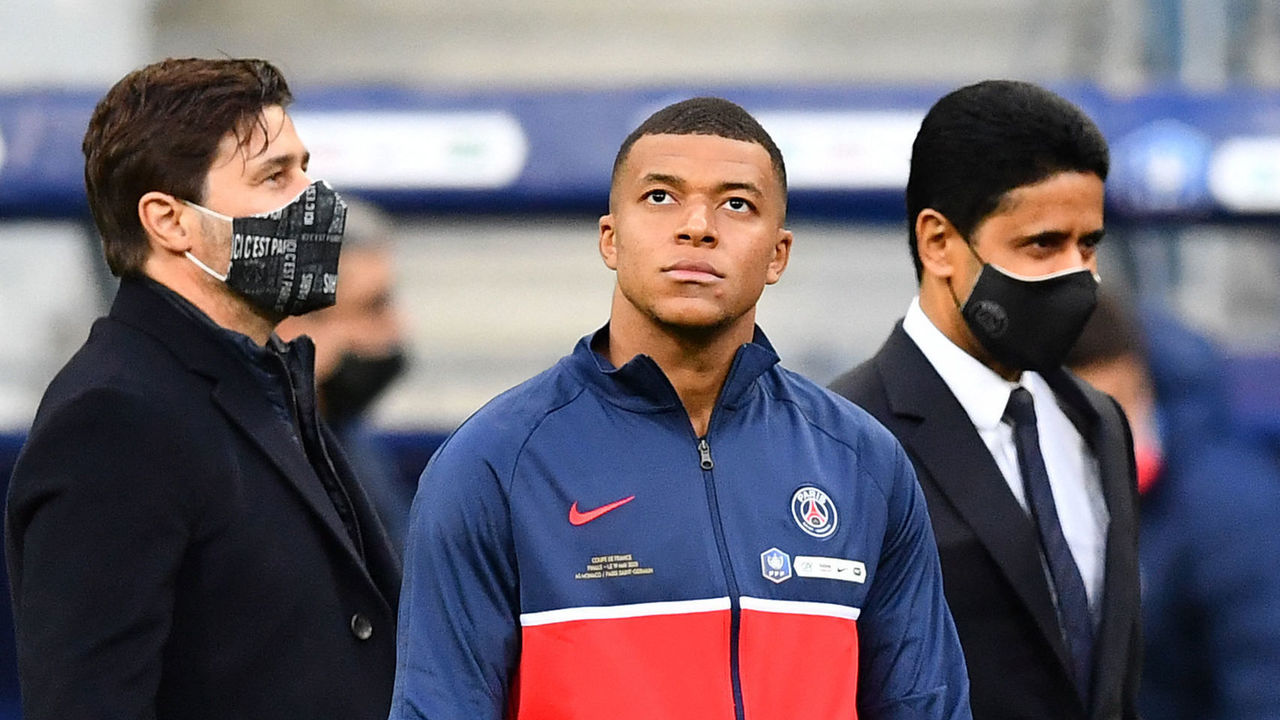 “Real Madrid’s official offer is very far from what we want for Kylian,” Leonardo said, The Guardian’s Fabrizio Romano reports. “Yes, it’s around €160 million. It’s less than what we paid for him in 2017.”

PSG have executed one of the most aggressive transfer windows in the sport’s history by attracting Sergio Ramos, Gianluigi Donnarumma, Georginio Wijnaldum, Achraf Hakimi, Danilo Pereira, and, most notably, Lionel Messi to the club. Neymar, Angel Di Maria, Marco Verratti, Marquinhos, and other superstars remain at the Parc des Princes.

The frenzied summer activity is designed to propel Qatari-owned PSG to their first Champions League title.

“There’s no one more competitive than us. He has no reason to do anything else (other than stay),” club president Nasser Al-Khelaifi said when asked about Mbappe’s future earlier in August.

However, that isn’t enough for Mbappe. The Frenchman is in the final year of his PSG deal and has reportedly refused three new contract offers from Les Parisiens.

“I want to think about what I want to do in the coming years, where I want to be. That’s what I am reflecting on,” Mbappe said in January of his reluctance to commit to fresh terms.

Leonardo added that if Mbappe “wants to leave, we will not retain him, but he will leave or stay on our terms,” and that “the club, the project, remain above everyone.”

Mbappe, who arrived at PSG from AS Monaco in September 2017 for around €180 million, has scored 133 goals over 174 PSG appearances, scooping up three Ligue 1 titles, three Coupe de Frances, and other domestic club honors in the process.